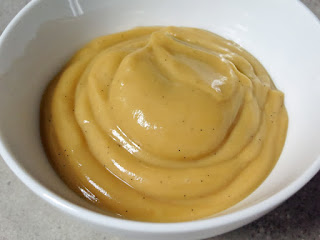 I commonly cook one meal a week for the family…usually a Friday, Saturday or Sunday night.  When it is my turn to cook, I default to my specialties…such as those high quality meals that only Dad can do the right way.
I might boil Oscar Mayer wieners…grilling is too risky when trying to make the perfect, “kid friendly” supper…too dark and you are a terrible cook because you burned them…
“They are not burned…they are just well done…plus it’s Black Friday…and I thought it might be nice to start a Black Friday tradition…well done wieners every Friday after thanksgiving!…kind of like Christmas cookies”
…not done enough, you may break a tooth on the frozen center.
I also might cook up some mean pancakes and waffles…and by mean, I mean… pancakes that are so mean they will tear you up on the inside and we won’t see you come out of the bathroom until Tuesday morning mean.
The best meal I have ever cooked, was a Dominos Pizza…I suppose, technically, I didn’t cook it…but I did place the order…choose the toppings (cheese), and hurry home with the prized supper, before it got cold.
Last week, I expanded into new territory.  It was Saturday night…and the menu had been planned…biscuits and gravy…but the best cook in the house (not me) was out of commission and it was time to send in the backup.  I knew that going into the “game” and taking over the role as “starting cook” was not going to be easy…so, I rallied my inner Case Keenum and went to work.
Step one: Panic.
Step Two: Check if the sausage was still frozen, and not too late to order pizza.
Step Three:  Panic again…but show no signs of strain…“I’ve got this dear…don’t you worry about a thing…Ummm…How do you make biscuits?”
Step Four: Read biscuit recipe on Bisquick box.
Step Five: Ignore recipe instructions.  In large mixing bowl, mix all ingredients together with electric hand mixer…until bad smell and smoke emit from mixer.
Step Six: Make a mental note to replace the hand mixer.
Step Seven: Take runny biscuit batter and place on a cookie sheet. Bake until biscuits turn a rich, brown color and resemble a blob of spilled, butterscotch pudding.
Step Eight: Scramble to begin cooking the sausage that was forgotten until now.  Realize that the biscuits will be done before sausage and gravy…turn up heat to max and bring in hand held propane torch to speed the process.
Step Nine: “Sarah!?...How do you make gravy!?”
Step Ten: Ignore wife’s instructions. Make gravy like you mix drywall joint compound.
Step Eleven: Listen to the children’s words of affirmation and joy…
“What are these?”
“Biscuits.”
“They don’t look like biscuits…they look like…”
“That’s enough!...we don’t need to hear what they look like!”
“What’s this?”
“That’s gravy.”
“It looks like that stuff you patch the holes in the wall with…”
“It is…eat up!”
I don’t think the children really intended to speak such negative words about my cooking…but all of us say things, at times, without realizing the consequences of what we are saying…don’t we?
It was my lovely bride who spoke up at this point and said, “You know children…if I had cooked and heard the words that you shared just now…I would feel pretty bad.”
First born: “Sorry, Dad”
Second Born: “Sorry, Dad”
Third Born: “You know Mom…no offense…but I like Dad’s biscuits way better than yours…”
Fourth born: “Do I have to eat supper tonight?”
In the Gospel of John, chapter 11, verses 49-53, something absolutely incredible happened.  It has finally come to the point that the Jewish leaders have had enough of Jesus and are ready to get him out of the picture.  The High Priest at the time, Caiaphas, said to the rest of the ruling council…“It is better that one man die for the people than the whole nation perish.”
What is so incredible, is that Caiaphas had no idea, as to the depth of what he was saying…and that by his actions…God was, indeed, going to save the entire nation…and the rest of the world too.  I don’t think my daughter, or any of my children, really meant any disrespect to anyone…but their words certainly carried a larger message.  Caiaphas had no idea at the size of the message that he had just conveyed either!
It, indeed, was better that one died…and in that death…and resurrection…Jesus brought something that only He can bring…Atonement! Salvation! Freedom!
Thanks Caiaphas!...and thank you Jesus!
Posted by Pastor Ryan Olson at 12:29 PM