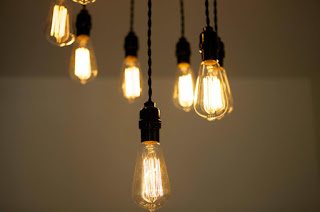 I knew where we were going and I didn’t want to arrive.  It had been a long week…I was mentally exhausted and physically spent.  I had brought a team of students and volunteer leaders into a foreign culture to build relationships near the southern coast of the Dominican Republic.  We had engaged in ministry to young children and played basketball with people living in the community.  I don’t play basketball.  It’s not that I just don’t play basketball well…it’s really more that I don’t play it.
I remember in college and even in my early days of youth ministry, it wasn’t uncommon for a group of guys to pull together a “pick up” basketball game.  I was frequently asked to play…and on a mere handful of occasions I conceded.
“Can you shoot?” they would ask.
“Nope”
“Can you dribble?”
“Not on purpose”
“Can you pass?”
“Only when I am in a fast car”
“Ok…You stand here and rebound the ball”
I was usually given a rule clarification at some point during those games. “You can’t wrestle the ball from him…nor can you tackle the ball carrier…”  Apparently…when they say basketball is a non contact sport…they are serious.
I was talked into playing one of these basketball games while in the Dominican.  It appeared that the strategy of our team, was to have me continually run from one end of the court to the other end of the court and never touch the ball.  I did make contact with the ball once as I jumped for a pass that I thought was directed to me and tipped it out of the reach of my teammate…the one who the pass was intended for.
So it was needless to say…I was tired…and ready to go home.  Yet, I knew that this last stop was necessary.  Anxiety was building within me, because I knew what I had been told about this place and I didn’t know if I had the capacity to handle it at this time.
The building was extraordinarily ordinary…but the inside was about to be something that I had never experienced.  The first thing you notice as you cross the threshold of the entryway door is the silence.  Not the kind of silence you find when your 5th grade teacher has made the entire class put their heads on their desk because the class has been insanely crazy and they need a respite.  Rather, the kind of silence you find as you walk into a formal restaurant …probably by accident…hushed tones and whispers.  There is a long hallway…and in each room to the left and right you find children…but, these are not the sounds you would normally hear from children.  Every one of these children has something in common…they have been abandoned.  Not just abandoned…they have been rejected because they were seen as useless.  These children are physically and mentally broken.  Many of these children will never walk…many will never talk…most will never leave this orphanage.  This is the only life they have or will know…and honestly, in their mental state…do they even know life? Do they experience it?...Life?
That is the question isn’t it?  Is there value to these lives?  Many people would look at these children and argue…why let them live? What kind of life can they even live?
Here is my conclusion…each of these children do have something in common…they were created in the “Image of God,” just the same as you and I.  They bear the same stamp of divinity in every fiber of their being.  So what is their value? There value exists within me…because here I am…three years later, still reflecting on how the Lord has used their lives to affect and change my life.  He is using their lives…their “Image of God” to work on my own “Image of God”…that I may express Him even more.  And this is not even to state the “Image of God” that the caregivers emitted as they loved and cared for these children.  The love of God was evident in that orphanage…the Casa de Luz (House of Light).  The life of God was known there.  Perhaps an even more fitting name for that place would be the Casa de Vida…the House of Life.
John 14:1-12, we find a very well known passage in Scripture.  “I am the way, the truth, and the life.”  Sometimes we get stuck on the way…Jesus is the way…but he is also the life…I have seen it…and now I want to live it.
Posted by Pastor Ryan Olson at 10:03 AM