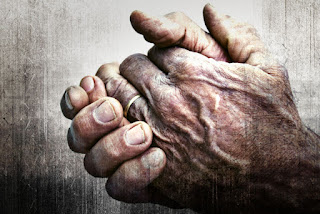 My mother had four children by the age of 23, three of which were boys.  I couldn’t imagine the stress that she must have faced as such a young mother.  Not that my brothers and I were bad kids, we were just busy…hyperactive…adventurous…dirty…hungry…aggressive…and maybe somewhat mischievous.  My mother is a saint by any measurable standard.  Despite the challenges of four children who regularly swam in the mud, came home bloody, stashed uneaten onions under their plates, secretly fed baked potato pieces to the dog and didn’t stay in bed when we were told, my mother kept us all alive and well fed. She was even able to keep us clad with homemade designer jeans…although as I grew, several classmates may or may not have nearly lost an eye from the button projectile exploding from my expanding waistline.

My young parents created rules for our home as any parents would.  We were required to obey bed time, eat our entire supper if we wanted a cookie, do our chores as asked and never say “no” to your mother.

I recall one day after school, as my mother was preparing her famous boiled elbow macaroni noodles, ground venison burger topped with a can of cream of mushroom soup, aka. “hotdish” for supper, when she told my older brother and I to “Get out of the kitchen and do your home work.”

“Supper will be ready when your father gets home, now get!”

“You are not getting a snack, now do as I say!”

I could see my mother’s face turning red, either from the heat of the boiling noodles…or the heat of rage rising insider her.

I stood watching…wondering, how will she respond to this new shift of power in the home.

It was just at this time that two mighty hands came swooping out of nowhere.  One hand grabbed the front of my shirt, bringing with it a ¼” or more of my baby fatted chest skin, the other hand grabbed my older brother in the same way.  I thought God himself had reached down to crush me for disobeying the 5th commandment.  The next thing I knew I was pinned up against the wall, three and a half feet off of the floor staring at the cold blue eyes of the strongest man I have ever known.

“What did you say?” the mouth below the steel eyes asked.

“Akk,” is all I could render from my lips.  A similar sound squeaked from a lower orifice.

“You don’t tell your mother no!...Now go do as you mother said…get out of the kitchen and do your homework.”

As soon as our feet hit the floor we ran, but before we were even able to navigate our way through the doorway my mother called, “Kids, come into the kitchen for supper, your father’s home!”

Now here I am, nearly 40 years later and I still remember that moment.  Yet things are different now. As a father and husband of my own family, I no longer fall under the same set of rules that I did when I was a child.

Whether my mother likes it or not, I have the freedom to tell her no.  I can think of three reasons for this. First, my father can no longer lift me three and a half feet off of the floor.  Second, he likely would not be able to catch me. Third, I am no longer enslaved to that rule.

For example, if my mother called me up and asked me to come over and take care of the squirrel in her attic, I don’t have to say “Yes, Mother.”

I have the freedom to say, “No Mom, just call the exterminator or have Dad take care of it.”

Yet, here is the beautiful part.  Despite the truth that I am no longer obligated to say “Yes,” I find myself actually wanting to say “Yes.”

This is a picture of the Law and Christ.  Before we have Christ we are enslaved to a Law that we cannot keep, and then when we find our belief in Jesus and faith in Him, we are no longer enslaved to the Law…yet we desire to obey him.

May you come to find the freedom from the law and the desire for it.